Recently I had the pleasure of painting a non-traditional portrait. A gentleman and his wife were in the studio around Christmas and asked about a painting they had seen some months before. It reminded the wife of one of her horses, Merlin. I told them I had sold it, and they were disappointed. A little while later, the husband came back  alone and asked if I could do a portrait of her horse in the same style and coloring as the one I had sold, and I said “Yes!”. He wanted it for his wife’s birthday, which was in January. It was to be a surprise. So later he sent me photos of Merlin, and I painted him in the same style as “Autumn“, the original piece.

The day of her birthday, the husband and their daughter came in with a gift and some balloons and said the wife was on her way and they were going to meet her in a different part of Lowe Mill so they could all come to the studio together. I put the painting on an easel facing the door, ready to greet them. When they came back into the studio, I wish I had taken photos of all their faces. The wife saw her balloons and gift and then I saw her look a little confused when she saw the painting in the background…she squinted and walked past the balloons and gift, asking “Is that Merlin?…OMG that’s Merlin!!!” She whirled around to her husband, and before she could asked, he confessed that he’d come back that day when they were here together at Christmas and made the arrangements. Let me tell you, he earned MASSIVE husband points right then and there.

The horse is a 5-6 year old half Akhal-Teke. This breed is fascinating, by the way, you can read more about them here>.  The wife showed me a video of her horse loose in their pasture, and the way he moved is just beautiful! If there were a breed of horse that could compare to a ballet dancer, this would be it. I intend to paint more of them! 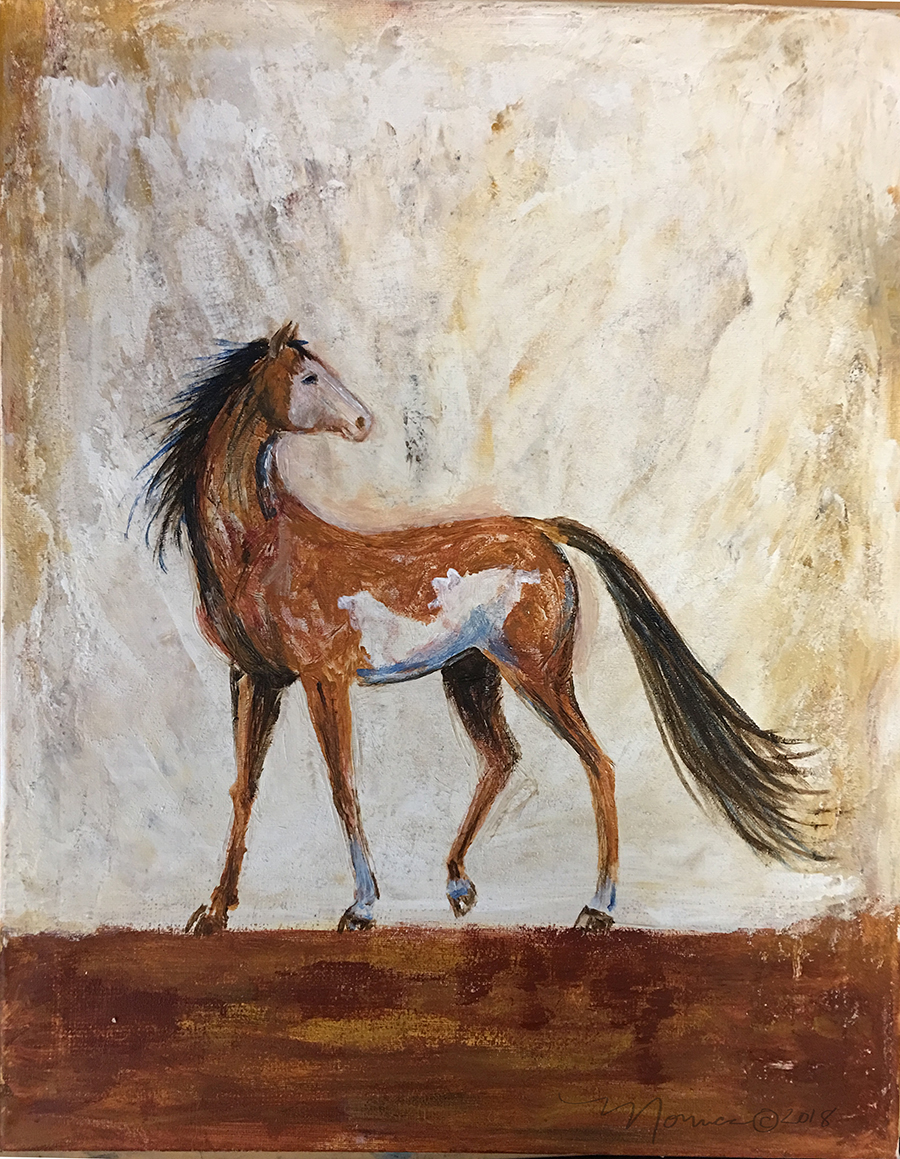